May you live in interesting times

A few months ago I left the cozy valley of Ruby and Rails, leaving also behind the project and team I have been part since late 2006.

It was a leap of faith. Unless you have been living under a rock since 2008 you may have seen this motivational picture along some social network or another: 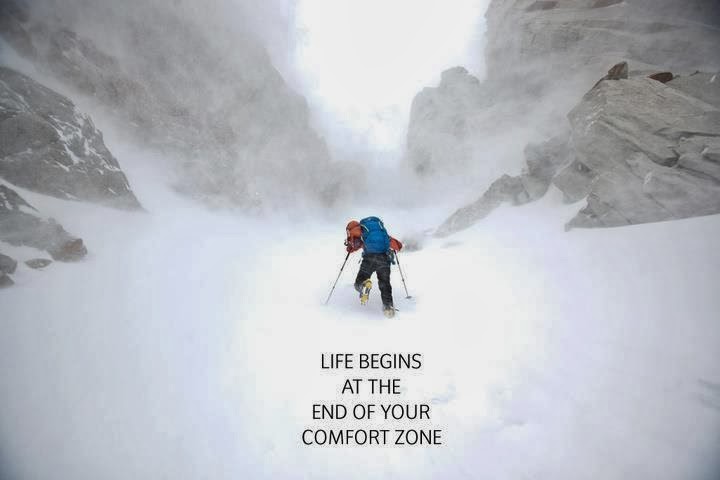 This message is part of a culture of challenge forwarding. Lots of people click, share, thumb-up, plusify or commit whatever other cheap online interaction about taking action, getting off the couch, going out there and changing things.

There are like two main currents often mixing, the free yourself from... to which you may attribute this picture , and the save the world one. There is no real difference, most of us, most of the time upon encountering any of this challenges do the same thing: nod, mumble «aha», click some action surrogate button and go on with our lives. That's the reason most people doesn't have adventurous lives and even te reason most governments rule unbothered until replaced by an indistinguishable corrupt and dull one.

I have let many of such calls to action pass and fade in the past. Becoming a dad is a juicy excuse for letting yourself settle. You have to stick around and keep things going...

But I have a dad, and he didn't settled, he had a good job he already knew, but he took the chance and started his own business. It may not sound like much but at 26% unemployment rate we have now, having created and preserved up to three jobs for over 15 years is an epic quest.

I have tried to start a business with a friend while I was at my old job, it was made of side-projects and it failed. You could point many reasons, but the main one is that I was trying instead of doing...

That's the reason I accepted the challenge to go first league, to go fulltime frontend and fulltime javascript. That's how I left behind the ruby guy I have been for so long. Because despite of being the craziest thing one could do in these times, it is the only thing I could do because not doing it, was above all: not doing.

Wish me well while I go bodly where I have never gone before.
Posted by Oinak at 11:54 PM